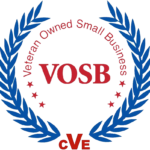 Harold’s fascination with motorcycles started when he was just a child. The lure of adventure attracted him to motor cycle shops, exploring the possibilities throughout his childhood. However, it wasn’t until he was an adult that he learned and embraced riding. After retiring from the military, Harold moved back home and fell in love with riding. His passion for riding is what conceived Ashland Cycles. Riding gives you a freedom like no other. The ability to control the bike and lean into curves, unlike in a car, is exhilarating. Harold wants to help others embrace this feeling without hurting their wallet. He understands that while many love to ride or would like to learn, the cost of getting a bike is often a deterrent. Ashland Cycles offers used bikes to its customers, affording everyone the ability to find their inner hog and freedom on the road.

Kenneth Watkins
Like his partner, Kenneth’s love of motorcycles began in his youth. He began riding at an early age, enjoying the freedom and control of the open road. By adulthood, he took a hiatus from riding as he pursued his career in ministry and started his family. He began riding again 10 years ago, picking up right where he left off. Riding has become legacy in Kenneth’s family. As a young boy, he rode with his father, and now Kenneth rides with his son. He decided to partner with Harold to open Ashland Cycles because he saw a need in the Ashland community. While there are many specialized motorcycle shops in the area, nothing was available to serve the average rider. Kenneth and Harold are excited to offer a shop that will serve the needs of the entry level pleasure rider, removing cost as a barrier from enjoying this recreation.

In the market for a new cycle? Check out our current inventory of new cycles. If you don’t see exactly what you are looking for, ask us about it.

Ready to sell your current cycle? Yes, we can help! Ask us about our consignment program, and check out options to upgrade to something new.

In the market for a used cycle? Check out or inventory of used and consignment options. Don’t see what you are looking for, ask us about it.